It's true that our behavior influences our attitudes. Tibetan monks say their prayers by whirling their prayer wheels on which their prayers are inscribed. The whirling wheels spin the prayers into divine space. Sometimes, a monk will keep a dozen or so prayer wheels rotating like some juggling act in which whirling plates are balanced on top of long thin sticks. Many novice monks are not that all emotionally or spiritually involved at first. It may be that the novice is thinking about his family, his doubts about a religious vocation or something else while he is going through the motions of spinning his prayer wheel. When the novice adopts the pose of a monk and makes it obvious to themselves and others by playing a role, their brain will soon follow the role they are playing. It is not enough for the novice to have the intention of becoming a monk: the novice must act like a monk and rotate the prayer wheels. If one has the intention of becoming a monk and goes through the motions of acting like a monk, one will become a monk. 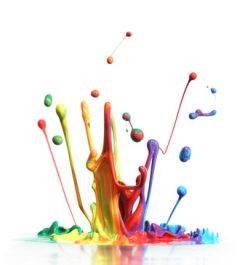 The great surrealist artist Salvador Dali was described by his fellow students at the Madrid art academy as "morbidly" shy according to his biographer Ian Gibson. He had a great fear of blushing and his shame about being ashamed drove him into solitude. It was his uncle who gave him the sage advice to become an actor in his relations with the people around him. He instructed him to pretend he was an extrovert and to act like an extrovert with everyone including your closest companions. Dali did just that to disguise his mortification. Every day he went through the motions of being an extrovert and, eventually, he became celebrated as the most extroverted, fearless, uninhibited and gregarious personalities of his time. He became what he pretended to be.
The Greek philosopher Diogenes was once noticed begging from a statue. His friends were puzzled and alarmed at this behavior. Asked the reason for this pointless behavior, Diogenes replied, "I am practicing the art of being rejected." By pretending to be rejected continually by the statue, Diogenes was beginning to understand the mind of a beggar. Every time we pretend to have an attitude and go through the motions, we trigger the emotions we create and strengthen the attitude we wish to cultivate.
If you want to become an artist and go through the motions of being an artist by painting a picture every day, you will become an artist. You may not become another Vincent Van Gogh, but you will create the attitude of an artist and you will become more of an artist than someone who has never tried.
Mona Lisa's Smile
Think, for a moment, about social occasions-visits, dates, dinners out with friends, gatherings, birthday parties, weddings, etc. Even when you're unhappy or depressed, these occasions force us to act as if we were happy. Observing other's faces, postures, and voices, we unconsciously mimic their reactions. We synchronize our movements, posture, and tone of voice with theirs. Then my mimicking happy people, we become happy. You begin to behave like the people who surround you, and that behavior influences your attitude. 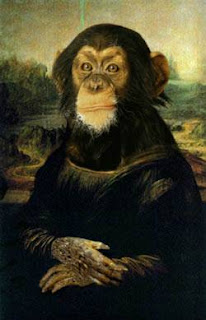 Leonardo da Vinci also observed that it's no mystery why it is fun to be around happy people and depressing to be around depressed people. He also observed the melancholy that painters usually give to portraits. He attributed that to the solitariness of the artist and their joyless environment. According to Giorgio Vasari (1568) that while painting the Mona Lisa Leonardo employed singers, musicians and jesters to chase away his melancholy as he painted. The musicians and jesters forced him laugh and be joyful. This behavior created the attitude of joy and pleasure as he painted. As a result, he painted a smile so pleasing that it seems divine and as alive as the original.
Even Facial Expressions Can Change Your Emotions
CIA researchers have long been interested in developing techniques to help them study facial expressions of suspects. Two of the researchers began simulating facial expressions of anger and distress all day, each day for weeks. One of them admitted feeling terrible after a session of making those faces. Then the other realized that he felt poorly, too, so they began to keep track. They began monitoring their body during facial movements. Their findings were remarkable. They discovered that a facial expression alone is sufficient to create marked changes in the nervous system.
In one exercise they raised their inner eyebrows, raised their cheeks, and lowered the corner of their lips and held this facial expression for a few minutes. They were stunned to discover that this simple facial expression generated feelings of sadness and anguish within them. The researchers then decided to monitor the heart rate and body temperatures of two groups of people. One group was asked to remember and relive the most sorrowful experience in their life. The other group in another room was simply asked to produce a series of facial expressions expressing sadness. Remarkably, the second group, the people who were pretending, showed the same physiological responses as the first.
The CIA researchers in a further experiment had one group of subjects listen to recordings of top comedians and look at a series of cartoons while holding a pen pressed between their lips an action that makes it impossible to smile. Another group held a pen between their teeth which had the opposite effect and made them smile. The people with the pen between their teeth rated the comedians and cartoons much funnier than the other group. What's more, neither group of subjects knew they were making expressions of emotion. Amazingly, an expression you do not even know you have can create an emotion you did not choose to feel. Emotion doesn't just go from the inside out. It goes from the outside in.
Try the following thought experiment.
•Lower your eyebrows.
•Raise your upper eyelid.
•Narrow the eyelids.Press your lips together.
Hold this expression and you will generate anger. Your heartbeat will go up ten or twelve beats. Your hands will get hot, and you will feel very unpleasant.
The next time you're feeling depressed and want to feel happy and positive, try this.
•Put a pen between your teeth in far enough so that it's stretching the edges of your mouth back without feeling uncomfortable. This will force a smile. Hold it there for five minutes or so. You'll find yourself inexplicably in a happy mood. Then try walking with long strides and looking straight ahead. You will amaze yourself at how fast your facial expressions can change your emotions.
Labels: Attitudes Behavior creative Creativity