Cognition can be Improved By Mindfulness Meditation

I don’t use many handouts when I teach mindfulness. Sometimes clients ask for more info and I will use this handout for them to read:
Some of us need regular amounts of coffee or other chemical enhancers to make us cognitively sharper. A newly published study suggests perhaps a brief bit of meditation would prepare us just as well. While past research using neuroimaging technology has shown that meditation techniques can promote significant changes in brain areas associated with concentration, it has always been assumed that extensive training was required to achieve this effect. Though many people would like to boost their cognitive abilities, the monk-like discipline required seems like a daunting time commitment and financial cost for this benefit. 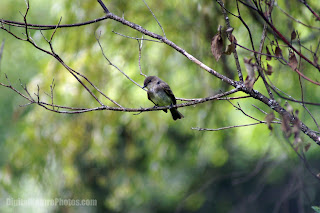 Surprisingly, the benefits may be achievable even without all the work. Though it sounds almost like an advertisement for a "miracle" weight-loss product, new research now suggests that the mind may be easier to cognitively train than we previously believed. Psychologists studying the effects of a meditation technique known as "mindfulness " found that meditation-trained participants showed a significant improvement in their critical cognitive skills (and performed significantly higher in cognitive tests than a control group) after only four days of training for only 20 minutes each day.
"In the behavioral test results, what we are seeing is something that is somewhat comparable to results that have been documented after far more extensive training," said Fadel Zeidan, a post-doctoral researcher at Wake Forest University School of Medicine, and a former doctoral student at the University of North Carolina at Charlotte, where the research was conducted.
"Simply stated, the profound improvements that we found after just 4 days of meditation training are really surprising," Zeidan noted. "It goes to show that the mind is, in fact, easily changeable and highly influenced, especially by meditation."
The study appears in the April 2 issue of Consciousness and Cognition. Zeidan's co-authors are Susan K. Johnson, Zhanna David and Paula Goolkasian from the Department of Psychology at UNC Charlotte, and Bruce J. Diamond from William Patterson University. The research was also part of Zeidan's doctoral dissertation. The research will also be presented at the Cognitive Neuroscience Society's annual meeting in Montreal, April 17-20.
The experiment involved 63 student volunteers, 49 of whom completed the experiment. Participants were randomly assigned in approximately equivalent numbers to one of two groups, one of which received the meditation training while the other group listened for equivalent periods of time to a book (J.R.R. Tolkein's The Hobbit) being read aloud.
Prior to and following the meditation and reading sessions, the participants were subjected to a broad battery of behavioral tests assessing mood, memory, visual attention, attention processing, and vigilance. 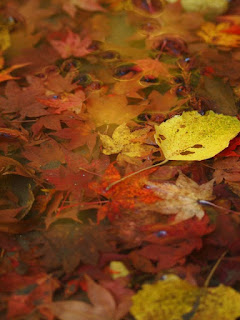 Both groups performed equally on all measures at the beginning of the experiment. Both groups also improved following the meditation and reading experiences in measures of mood, but only the group that received the meditation training improved significantly in the cognitive measures. The meditation group scored consistently higher averages than the reading/listening group on all the cognitive tests and as much as ten times better on one challenging test that involved sustaining the ability to focus, while holding other information in mind.
"The meditation group did especially better on all the cognitive tests that were timed," Zeidan noted. "In tasks where participants had to process information under time constraints causing stress, the group briefly trained in mindfulness performed significantly better."
Particularly of note were the differing results on a "computer adaptive n-back task," where participants would have to correctly remember if a stimulus had been shown two steps earlier in a sequence. If the participant got the answer right, the computer would react by increasing the speed of the subsequent stimulus, further increasing the difficulty of the task. The meditation-trained group averaged aproximately10 consecutive correct answers, while the listening group averaged approximately one.
"Findings like these suggest that meditation's benefits may not require extensive training to be realized, and that meditation's first benefits may be associated with increasing the ability to sustain attention," Zeidan said.
"Further study is warranted," he stressed, noting that brain imaging studies would be helpful in confirming the brain changes that the behavioral tests seem to indicate, "but this seems to be strong evidence for the idea that we may be able to modify our own minds to improve our cognitive processing - most importantly in the ability to sustain attention and vigilance - within a week's time."
The meditation training involved in the study was an abbreviated "mindfulness" training regime modeled on basic "Shamatha skills" from a Buddhist meditation tradition, conducted by a trained facilitator. As described in the paper, "participants were instructed to relax, with their eyes closed, and to simply focus on the flow of their breath occurring at the tip of their nose. If a random thought arose, they were told to passively notice and acknowledge the thought and to simply let 'it' go, by bringing the attention back to the sensations of the breath." Subsequent training built on this basic model, teaching physical awareness, focus, and mindfulness with regard to distraction.
Zeidan likens the brief training the participants received to a kind of mental calisthenics that prepared their minds for cognitive activity.
"The simple process of focusing on the breath in a relaxed manner, in a way that teaches you to regulate your emotions by raising one's awareness of mental processes as they're happening is like working out a bicep, but you are doing it to your brain. Mindfulness meditation teaches you to release sensory events that would easily distract, whether it is your own thoughts or an external noise, in an emotion-regulating fashion. This can lead to better, more efficient performance on the intended task."
"This kind of training seems to prepare the mind for activity, but it's not necessarily permanent," Zeidan cautions. "This doesn't mean that you meditate for four days and you're done - you need to keep practicing."
Labels: Cognition handout mindfulness Stress wellness