Illegal drugs, prescription drugs, and even certain cancer treatments can be toxic to your heart immediately or cause it to fail over time. Toxic means poisonous, and the cardio toxins listed below may weaken heart muscle or damage your heart's sensitive electrical system.
Although the damage is sometimes reversible if caught in time, a serious brush with a heart toxin can also be fatal. 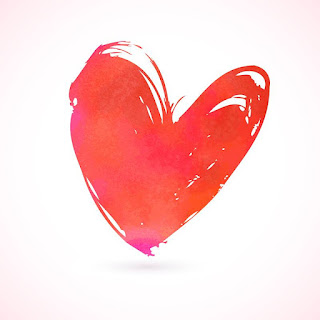 Here are nine cardio toxins you should know about, and tips for avoiding them or limiting your exposure:

1. Cocaine and Your Heart
Cocaine can be profoundly toxic to your heart, both short- and long-term. “Cocaine can cause elevated blood pressure and heart rate,” says cardiologist Kevin Campbell, MD, assistant professor at the University of North Carolina in Raleigh. “It can actually result in damage to the heart muscle," Dr. Campbell adds, and potentially cause a heart attack or stroke.
Chronic cocaine use could lead to a condition called dilated cardiomyopathy — enlargement and weakening of the heart — which causes congestive heart failure. “This can result in irreversible heart damage — shortness of breath, swelling, and risk of sudden cardiac death,” says Campbell. In fact, according to the latest estimates from the Drug Abuse Warning Network, cocaine leads to about 422,000 U.S. emergency department visits yearly overall, many of them heart related.
2. Ecstasy and Heart Rhythm
The popular, illegal amphetamine MDMA, also known as ecstasy or Molly, can interrupt the heart's normal contractions. MDMA's effects on the heart are similar to those of other amphetamines, explains Campbell: “It [MDMA] can induce arrhythmias and in some cases result in fatal heart rhythms and sudden cardiac death." A Centers for Disease Control and Prevention 2010 report on ecstasy overdoses at a New Year's Eve rave in Los Angeles found that people suffered seizures in addition to tachycardia, a dangerously elevated heart rate, after MDMA use.


Campbell stresses that if you have any type of heart condition, you should stay away from stimulants, like caffeine or amphetamines, and any illegal drugs. Also avoid taking any prescription drugs that were not prescribed for you.
3. ADHD Medications and Heart Conditions
Prescription stimulants like methylphenidate treat attention deficit disorder, ADHD, but in some cases of children with heart conditions, have caused sudden death. Commonly prescribed brands include Adderall, Ritalin, and Concerta. Because of this, before you or your child begins treatment with a stimulant, be sure to let your doctor know about any heart symptoms, including chest pain, an irregular heart rhythm, high blood pressure, or a recent heart attack.
4. Cancer Chemotherapy and Heart Failure
For cancer survivors overall, heart disease is a leading cause of death, second only to additional cancers. One of the reasons cancer survivors become vulnerable to heart disease is that certain chemotherapy drugs are toxic to the heart.
“The most common cardiotoxicity is a condition known as left ventricular dysfunction, or heart failure,” says Antoinette R. Tan, MD, MHSc, chief of Breast Medical Oncology at Carolinas HealthCare System’s Levine Cancer Institute in Charlotte, North Carolina. She says that in her practice, breast cancer patients first undergo an echocardiogram (ultrasound) or a heart scan before receiving chemo medications known to be cardiotoxic.
“Chemotherapy drugs such as doxorubicin or drugs that target the human epidermal growth factor receptor type 2, also known as HER2, can cause weakness of heart muscle,” explains Dr. Tan. This weakness makes it harder for the heart to pump blood. It also causes symptoms like shortness of breath at rest, chest pain, swollen ankles or arms, and the sensation of rapid or irregular heartbeats, she says.
Some newer types of chemotherapy come with fewer heart side effects. “For newer chemotherapy agents such as liposomal doxorubicin, the risk of cardiotoxicity is reduced significantly,” says Tan. Oncologists generally collaborate closely with cardiologists in order to limit or reverse heart damage when you need chemotherapy.
5. Radiation for Cancer Treatment
High doses of radiation can damage the heart, leading to an increase in deaths from heart disease. For patients with breast cancer, radiation that reaches the heart has become a special concern. “As we cure more women of their breast cancer and they live longer lives, we have come to understand better the long-term toxicities of treatment delivered many decades ago,” says Hadley Sharp, MD, radiation oncologist at the Levine Cancer Institute in Charlotte.
“We have more recently become incredibly conscientious about minimizing radiation to nearby normal tissues,” Dr. Sharp says. She notes that newer, more sophisticated radiation therapy techniques greatly reduce the amount of radiation to the heart in women who have left-sided breast tumors.
New methods include having patients hold a deep breath instead of breathing freely during radiation treatment, tracking their respiration, putting them in a prone position, and blocking radiation. “In many cases of left-sided breast cancer, the heart can be spared a significant radiation dose," Sharp says. "And the long-term risk of heart disease can be similar to that of a woman who has never needed radiation treatments.”
6. Radiation From CT Scans and Heart Damage
Exposure to radiation from computed tomography, or CT, scans can also harm your heart. In the United States, about 24 percent of personal radiation exposure comes from CT scans, estimates the National Council on Radiation Protection and Measurements. CT scans use multiple X-ray images, and each of these exposes you to radiation. One X-ray involves about 0.1 millisieverts (mSv) of radiation exposure. A CT scan uses about 100 times more, notes the American Cancer Society. In recent years, the trend is toward CT scans using lower doses, to minimize risk of heart damage.

7. Erectile Dysfunction Drugs and Blood Pressure
Certain prescription drugs can overburden the heart and be dangerous for people with heart conditions, Campbell warns. These include treatments for erectile dysfunction(also called ED or impotence). “Cardiac patients who take nitrates should avoid drugs for erectile dysfunction such as Cialis and Viagra," says Campbell. The combination ofViagra (sildenafil) with nitrate heart drugs like nitroglycerine (or illicit drugs like amyl nitrate, or nitrite, also known as "poppers") can lead to a dangerous drop in blood pressure. Be sure to bring up any heart disease history or symptoms with your doctor when discussing possible ED treatments.

8. HIV Medication Risks
Treatment with HAART — highly active antiretroviral therapy — in patients with HIVmay also cause damage to the heart. Patients with HIV have higher rates of heart failure, atherosclerosis, stroke, and heart attack. Exactly how certain antiviral drugs are toxic to the heart is not yet clear, but is a subject of ongoing research.
9. Mercury Poisoning From Fish
An environmental pollutant, mercury can be profoundly toxic to the heart. Mercury toxicity can raise your blood pressure, cause arrhythmias, and increase your heart attack risk. The most common source of mercury poisoning is fish.
To steer clear of this toxin, don't eat fish that are known to be high in mercury — which means those containing 100 to 200 micrograms (mcg) of mercury per 4 ounces of cooked fish, according to the U.S. Food and Drug Administration (FDA). Fish highest in mercury include shark, swordfish, king mackerel, and tilefish from the Gulf of Mexico. By comparison, safer choices like salmon and sardines have 100 times less mercury in the same serving size. Tuna has an intermediate level of mercury, between 13 and 50 mcg per 4 oz of fish.
Women and young children should avoid eating any fish high in mercury, advises the FDA. Pregnant women should limit their fish consumption to 12 oz per week overall, including no more than 6 oz of white (albacore) tuna, according to the FDA. The FDA's advice helps protect the most vulnerable, a developing fetus or growing child. Consumer Reports goes even further, advising pregnant women to avoid tuna altogether.
Labels: Heart heart complications Heart Disease Toxins