There is robust medical evidence to indicate that the power of the mind over the illnesses of the body is profound. This is no more evident than in the beneficial effects of regular meditation on the perception of chronic pain. 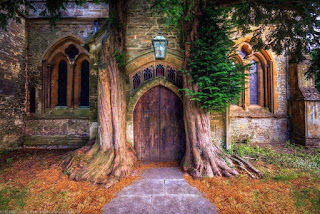 The evidence for the benefit of meditation is so strong as to make one wonder why it's not part of traditional medical therapy.
It has long been considered that meditation causes an increase in natural painkillers called endorphins. It is then these endorphins that affect the perception of pain.
Although there is a large body of medical research demonstrating that the areas of the brain that are activated during meditation are composed of cells with many morphine receptors -- the location at which narcotic pain relievers as well as endorphins reduce pain -- the action of meditation on pain relief is wonderfully more complex.
Chronic pain is the number one reason why people seek medical care. The current traditional medical approach including medications, injections, various therapies as well as various behavioral therapy approaches does not adequately address chronic pain.
As reported in the journal Science News, in 2012 the annual medical cost associated with chronic pain exceeded $600 billion. It is astounding that this is more than the annual cost of cancer, heart disease and diabetes combined.
One of the concerns of combining meditation and narcotic pain medications would be that the endorphins created by meditation would compete with the narcotic pain medication for the morphine receptors. In essence there would not be any increase in benefit for chronic pain management by adding meditation.
An interesting study published in the Journal of Neuroscience (2016) examined this very question. The study was done at Wake Forest School of Medicine and what the study demonstrated was that the pain-relieving benefits of meditation are not mediated by endorphins.
In this study patients were introduced to mindfulness meditation. In the presence of an uncomfortable stimulation, the group that was meditating had a significant reduction in pain compared to placebo.
In another group, using meditation with the morphine receptor-blocking (and endorphin-blocking) medication naloxone showed the same level of pain reduction as the meditation-only group.
These data indicated that the pain-relieving effects of meditation are not dependent on the production of natural painkilling endorphin compounds. These data also suggested that meditation can be used even with narcotic pain medications because the mechanism of action is different.
Upon further study, the effect of meditation seems to directly alter the brain's perception of pain rather than suppressing the sensation of pain like narcotic pain medications.
Many other studies have suggested that meditation directly changes how the brain functions. These studies suggest that regular meditation may actually reshape the very structure of the brain.


For those in chronic pain, this could mean that meditation changes how the brain interprets the pain signal. Overall, meditation seems to be an extremely cost-effective therapy for the treatment of chronic pain.
Labels: chronic pain meditation wellness