Serotonin deficiency may not be linked to depression 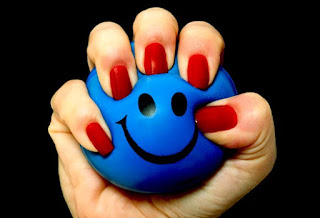 Depression strikes some 35 million people worldwide, according to the World Health Organization, contributing to lowered quality of life as well as an increased risk of heart disease and suicide. Treatments typically include psychotherapy, support groups and education as well as psychiatric medications. SSRIs, or selective serotonin reuptake inhibitors, currently are the most commonly prescribed category of antidepressant drugs in the U.S., and have become a household name in treating depression.

The action of these compounds is fairly familiar. SSRIs increase available levels of serotonin, sometimes referred to as the feel-good neurotransmitter, in our brains. Neurons communicate via neurotransmitters, chemicals which pass from one nerve cell to another. A transporter molecule recycles unused transmitter and carries it back to the pre-synaptic cell. For serotonin, that shuttle is called SERT (short for “serotonin transporter”). An SSRI binds to SERT and blocks its activity, allowing more serotonin to remain in the spaces between neurons. Yet, exactly how this biochemistry then works against depression remains a scientific mystery.

In fact, SSRIs fail to work for mild cases of depression, suggesting that regulating serotonin might be an indirect treatment only. “There’s really no evidence that depression is a serotonin-deficiency syndrome,” says Alan Gelenberg, a depression and psychiatric researcher at The Pennsylvania State University. “It’s like saying that a headache is an aspirin-deficiency syndrome.” SSRIs work insofar as they reduce the symptoms of depression, but “they’re pretty nonspecific,” he adds.

Now, research headed up by neuroscientists David Gurwitz and Noam Shomron of Tel Aviv University in Israel supports recent thinking that rather than a shortage of serotonin, a lack of synaptogenesis (the growth of new synapses, or nerve contacts) and neurogenesis (the generation and migration of new neurons) could cause depression. In this model lower serotonin levels would merely result when cells stopped making new connections among neurons or the brain stopped making new neurons. So, directly treating the cause of this diminished neuronal activity could prove to be a more effective therapy for depression than simply relying on drugs to increase serotonin levels.

Evidence for this line of thought came when their team found that cells in culture exposed to a 21-day course of the common SSRI paroxetine (Paxil is one of the brand names) expressed significantly more of the gene for an integrin protein called ITGB3 (integrin beta-3). Integrins are known to play a role in cell adhesion and connectivity and therefore are essential for synaptogenesis. The scientists think SSRIs might promote synaptogenesis and neurogenesis by turning on genes that make ITGB3 as well as other proteins that are involved in these processes. A microarray, which can house an entire genome on one laboratory slide, was used to pinpoint the involved genes. Of the 14 genes that showed increased activity in the paroxetine-treated cells, the gene that expresses ITGB3 showed the greatest increase in activity. That gene,ITGB3, is also crucial for the activity of SERT. Intriguingly, none of the 14 genes are related to serotonin signaling or metabolism, and, ITGB3 has never before been implicated in depression or an SSRI mode of action.

These results, published October 15 2013 in Translational Psychiatry, suggest that SSRIs do indeed work by blocking SERT. But, the bigger picture lies in the fact that in order to make up for the lull in SERT, more ITGB3 is produced, which then goes to work in bolstering synaptogenesis and neurogenesis, the true culprits behind depression. “There are many studies proposing that antidepressants act by promoting synaptogenesis and neurogenesis,” Gurwitz says. “Our work takes one big step on the road for validating such suggestions.” 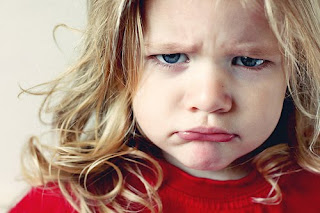 The research is weakened by its reliance on observations of cells in culture rather than in actual patients. The SSRI dose typically delivered to a patient’s brain is actually a fraction of what is swallowed in a pill. “Obvious next steps are showing that what we found here is indeed viewed in patients as well,” Shomron says.

The study turned up additional drug targets for treating depression—two microRNA molecules, miR-221 and miR-222. Essentially, microRNAs are small molecules that can turn a gene off by binding to it. The microarray results showed a significant decrease in the expression of miR-221 and miR-222, both of which are predicted to target ITGB3, when cells were exposed to paroxetine. So, a drug that could prevent those molecules from inhibiting the production of the ITGB3 protein would arguably enable the growth of more new neurons and synapses. And, if the neurogenesis and synaptogenesis hypothesis holds, a drug that specifically targeted miR-221 or miR-222 could bring sunnier days to those suffering from depression.
Labels: depression Mental Health Neuroscience Research