Meditation May Boost The Immune System

Most people are aware of the fact that meditation, in its many forms, can tweak the brain and body in a number of beneficial ways. It’s been shown to increase volume in certain brain regions, to reduce anxiety and depression, and even to improve immunity. Of course, exactly how meditation is doing all these things isn’t totally understood. But a new study, in the journal Translational Psychiatry, helps suss out the molecular mechanisms behind meditation's effects on the immune system. And it turns out that the effects are more than from just the relaxation element – there seems to be something intrinsic about meditation itself that can shift gene expression and even boost mood over time. 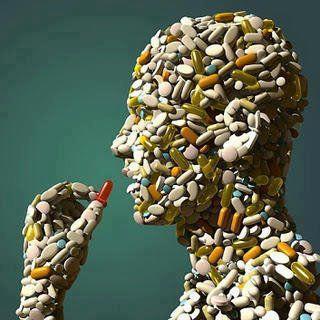 In the new study, the team of researchers from the Icahn School of Medicine at Mount Sinai, University of California at San Francisco, and Harvard Medical School had 94 women come to the Chopra Center for Well Being in California. Half of the women went in for a six-day vacation retreat, the half for a six-day meditation retreat. Neither of these groups of women had any experience with meditation – but a third group, made up of 30 experienced meditators also visiting the Center, were also studied. The team took blood samples from the participants, so they could analyze what genes were expressed, before the retreat, directly after it, one month, and 10 months later.

And there were some interesting changes in the 20,000 genes studied. All the groups showed shifts in the expression of genes related to stress, inflammation and wound healing. The experienced meditators had particular shifts in genes related to fighting viral infection. They also had increases in telomerase activity – an enzyme that builds telomeres, the sections at the ends of chromosomes that help keep them from "unraveling." Telomeres shorten over time naturally, and shorter length is linked a number of chronic illnesses, so increasing telomere length is thought to indicate healthier aging.

Another shift that occurred was in the ratio of two kinds of amyloid-beta proteins, which is known to be linked to dementia and depression. The novice meditator group had shifts toward a better ratio of the proteins. The experienced meditators, interestingly, started out with better levels, and this didn’t change over the course of the study, which suggests that meditation has both short- and long-term effects on levels of this brain compound.

Finally, everyone experienced a subjective change from their retreat -- a boost in mood -- which, for some, lingered long after the retreat ended. And it was most pronounced in the novice meditators, who reported significant decreases in depressive symptoms, even at the 10-month mark.

"Based on our results, the benefit we experience from meditation isn't strictly psychological; there is a clear and quantifiable change in how our bodies function," said Rudolph Tanzi, who holds positions both at Harvard University and Massachusetts General Hospital, in a statement. "Meditation is one of the ways to engage in restorative activities that may provide relief for our immune systems, easing the day-to-day stress of a body constantly trying to protect itself. The prediction is that this would then lead to healthier aging."

More work will of course need to be done to understand how meditation works on these tiniest levels. In the meantime, since we know that it does work, in a ton of different ways, it's probably not a bad idea to give it a try. Even a few minutes every day might, over time, change how we function, from the largest levels -- our behavior and moods -- to the smallest ones -- our genes.
Labels: Immune meditation Mental Health mindfulness quantifiable change Research well-being