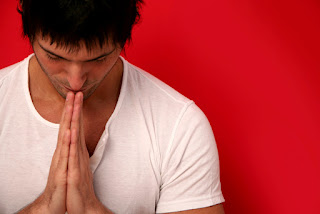 In my years f doing groups I have on occasion facilitated men only groups. One issue that comes up is depression. We all have bouts of sadness now and then and when those bouts of sadness interfere with our daily lives than we need to take a step in the direction of change. Below is a handout I often use, particularly with dual diagnosed men.
Symptoms of Depression
Not everyone who is depressed or manic experiences every symptom. Some people experience only a few; some people suffer many. The severity of symptoms varies among individuals and also over time.
· Persistent sad, anxious, or “empty” mood.
· Feelings of hopelessness or pessimism.
· Feelings of guilt, worthlessness, or helplessness.
· Loss of interest or pleasure in hobbies and activities that were once enjoyable
· Decreased energy, fatigue; feeling “slowed down.”
· Difficulty concentrating, remembering, or making decisions.
· Trouble sleeping, early-morning awakening, or oversleeping.
· Changes in appetite and/or weight.
· Thoughts of death or suicide, or suicide attempts.
· Restlessness or irritability.
· Persistent physical symptoms, such as headaches, digestive disorders, and chronic pain that do not respond to routine treatment.

Co-Occurrence of Depression with Other Illnesses
Depression can coexist with other illnesses. In such cases, it is important that the depression and each co-occurring illness be appropriately diagnosed and treated. Research has shown that anxiety disorders which include post-traumatic stress disorder (PTSD), obsessive-compulsive disorder, panic disorder, social phobia, and generalized anxiety disorder commonly accompany depression.
Substance use disorders (abuse or dependence) also frequently co-occur with depressive disorders. Research has revealed that people with drug and/or alcohol addiction are almost twice as likely to experience depression.
Depression has been found to occur at a higher rate among people who have other serious illnesses such as heart disease, stroke, cancer, HIV, diabetes, and Parkinson’s.
Causes of Depression
Very often, a combination of cognitive, genetic, and environmental factors is involved in the onset of depression. Modern brain-imaging technologies reveal that, in depression, neural circuits responsible for the regulation of moods, thinking, sleep, appetite, and behavior fail to function properly.
In some families, depressive disorders seem to occur generation after generation; however, they can also occur in people with no family history of these illnesses. Genetics research indicates that risk for depression results from the influence of specific multiple genes acting together with non-genetic factors.
Environmental factors such as trauma, loss of a loved one, a difficult relationship, financial problem, or any stressful change in life patterns, whether the change is unwelcome or desired, can trigger a depressive episode in vulnerable individuals. Once someone experiences a bout of depression later episodes of depression may occur without an obvious cause.
Men and Depression
Men are more likely than women to report alcohol and drug abuse or dependence in their lifetime; however, there is debate among researchers as to whether substance use is a “symptom” of underlying depression in men or a co-occurring condition that more commonly develops in men. Nevertheless, substance use can mask depression, making it harder to recognize depression as a separate illness that needs treatment. 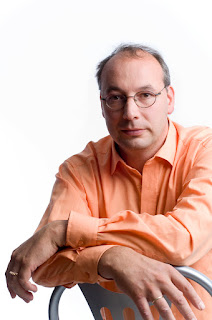 Instead of acknowledging their feelings, asking for help, or seeking appropriate treatment, men may turn to alcohol or drugs when they are depressed, or become frustrated, discouraged, angry, irritable, and, sometimes, violently abusive. Some men deal with depression by throwing themselves compulsively into their work, attempting to hide their depression from themselves, family, and friends. Other men may respond to depression by engaging in reckless behavior, taking risks, and putting themselves in harm’s way.
How to Help Yourself if You Are Depressed
Depressive disorders can make one feel exhausted, worthless, helpless, and hopeless. It is important to realize that these negative views are part of the depression and do not accurately reflect the actual circumstances. Negative thinking fades as treatment begins to take effect. In the meantime: