Mindfulness based cognitive therapy better if no #antidepressant drugs

An investigation published in the current issue of Psychotherapy and Psychosomatics indicates that mindfulness based cognitive therapy (MBCT) is most helpful when antidepressant drugs are not used. 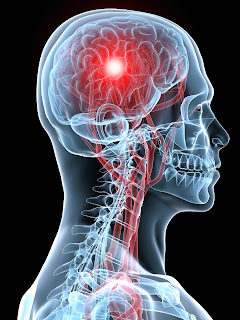 Antidepressant medication (AD) is the most often used treatment for major depressive disorder (MDD), prescribed to an estimated 73.8% of the MDD patients in care in 2007. However, many patients with MDD who experience full symptomatic remission after AD treatment still have residual depressive symptoms, which have been associated with continued impaired functioning.
The sequential addition of psychotherapy to pharmacotherapy has therefore been considered, and shown, to offer a better possibility of improving long-term outcome in terms of reduced relapse/recurrence.
Dr. Bakker and colleagues explored this question in a randomized controlled trial of mindfulness-based cognitive therapy (MBCT) versus a waiting list control group (WLCG), based upon which it was previously shown that MBCT increases positive affect in people with residual depressive symptoms.
Their findings showed that sequentially adding psychotherapy to AD in the treatment of residual depressive symptoms seems beneficial in that it both decreases negative affects and increases positive affects. However, in terms of positive affects, the group that showed the largest increase were the participants without AD who received MBCT treatment. Since the generation of positive emotions is crucial in the initiation of a positive spiral towards recovery, long-term outcomes of this contingent inhibiting effect of AD on psychotherapy outcome in terms of positive affects will have to be investigated in more detail in experimental set-ups.
If these findings are replicated it would implicate that the sequential addition of psychotherapy to AD could be less efficient than discontinuing AD before/during receiving psychotherapy especially for improving long-term outcomes.
Jindra Myrthe Bakker et al. The Two-Sided Face of Antidepressants: The Impact of Their Use on Real-Life Affective Change during Mindfulness-Based Cognitive Therapy, Psychotherapy and Psychosomatics (2016). DOI: 10.1159/000443333