I used to think that mentally strong people had superhuman qualities. I thought that they were bestowed with some sort of cybernetic strength that they – and only they – had.

But then I tried something. I took on a challenge that to me seemed impossible. And while we all have things that seem impossible – completing a book, starting a business, passing state exams – mine happened to be running a hundred mile race.

It was the hardest thing I have ever done. But when I finished, I also realized something. The ONLY thing that had held me back was my perception. See, I thought the race would be harder than it really was. I thought it would be so hard that I couldn’t do it. And that is EXACTLY what had held me back.

What I realized was that mental toughness isn’t about being superhuman. It’s about cultivating a few strengths consistently. 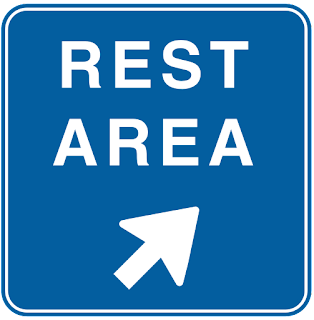 Gratitude: You may not associate gratitude with mental toughness, but you probably do associate mental toughness with overcoming adversity. That’s where gratitude come in. Gratitude gives us the reserve we need when times get tough. I think of it like an extra energy source that I can reach into when I have nothing left. Because there are ALWAYS things to be grateful for. And sometimes when facing adversity, it is those things we need to find to get through. And mentally strong people know just how to direct this quality to counteract the chain of negative thoughts that we all face when things don’t go our way. It’s then that we need to remember when things did go well, the successes we have had, and the people along the way who have helped us.

Openness: Mentally tough people do not see the world as a set of predictable steps that lead to the promised-land. Life is just not like that, and mentally strong people know that the only thing we know for sure is that things will change. And sometimes, in ways that we don’t like. But the other thing that happens when life puts a roadblock in our path is that we find a new path. And sometimes a better one. What mentally strong people know is every adversity also bring opportunity. But in order to see it, we have to first be willing to change.

A Sense of Personal Strength: The belief that you are strong doesn’t happen because things went your way. Perception of strength is carved out through the setbacks, roadblocks, and difficulties you’ve faced. It happens because you earned it. And while mentally strong people won’t tell you that they enjoy battling adversity, they will say that life without adversity is like life not actualized. Because it’s in adversity that our strengths our realized. And it’s in then that we come to know how strong we really are.

Meaningful Relationships: The truth is no one can go it alone – not even mentally strong people. But mentally strong people also don’t need an entire army cheering for them. What they do need – and what all need – are a few close relationships where we can let ourselves be seen. We can let our guard down, say what we need to say, and be heard. Every person – even the strongest – has a need to be accepted. And not just for their strengths. Because what mentally strong people also know is thatstrength is nothing without the vulnerability to be seen as we are – faults and all. It is only then that we can make peace with our faults. And it is only then that we can also make peace with our losses and find the strength to move forward.