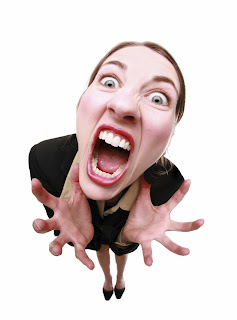 The team wrote in the journal Social Cognitive and Affective Neuroscience about how they studied 15 healthy volunteers with normal levels of everyday anxiety. They said these individuals had no previous meditation experience or anxiety disorders.
The participants took four 20-minute classes to learn a technique known as mindfulness meditation. In this form of meditation, people are taught to focus on breath and body sensations and to non-judgmentally evaluate distracting thoughts and emotions.
“Although we´ve known that meditation can reduce anxiety, we hadn´t identified the specific brain mechanisms involved in relieving anxiety in healthy individuals,” said Dr. Fadel Zeidan, Ph.D., postdoctoral research fellow in neurobiology and anatomy at Wake Forest Baptist and lead author of the study. “In this study, we were able to see which areas of the brain were activated and which were deactivated during meditation-related anxiety relief.”

The researchers found that meditation reduced anxiety ratings by as much as 39 percent in the participants.
“This showed that just a few minutes of mindfulness meditation can help reduce normal everyday anxiety,” Zeidan said.
Fadel and colleagues were also able to reveal that meditation-related anxiety relief is associated with activation of the anterior cingulate cortex and ventromedial prefrontal cortex, which are areas of the brain involved with executive-level function.
“Mindfulness is premised on sustaining attention in the present moment and controlling the way we react to daily thoughts and feelings,” Zeidan said. “Interestingly, the present findings reveal that the brain regions associated with meditation-related anxiety relief are remarkably consistent with the principles of being mindful.”
He said the results of this neuroimaging experiment complement that body of knowledge by showing the brain mechanisms associated with meditation-related anxiety relief in healthy people.


Scientists wrote in the journal Frontiers in Human Neuroscience in November 2012 about how meditation has lasting emotional benefits. They found that participating in an eight-week meditation training program could have measurable effects on how the brain functions, even when someone is not actively meditating. The team used two forms of meditation training and saw some differences in the response of the amygdala, which is the part of the brain known to be important for emotion.
Labels: anxiety meditation Reduces