Meditation may physically alter regions of the brain

Harvard researchers at the Massachusetts General Hospital reported that the practice of mindfulness meditation can physically alter regions of the brain associated with memory, sense of self, empathy, and stress. 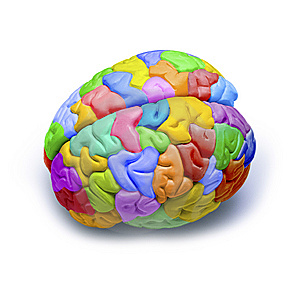 The study, to be published in January 2015, in "Psychiatry Research: Neuroimaging" indicates that the brain’s gray matter may change as a result of meditation.
“Although the practice of meditation is associated with a sense of peacefulness and physical relaxation, practitioners have long claimed that meditation also provides cognitive and psychological benefits that persist throughout the day,” said Sara Lazar, the study’s senior author. “This study demonstrates that changes in brain structure may underlie some of these reported improvements and that people are not just feeling better because they are spending time relaxing.”
Researchers measured MR images of participants brains during the eight-week "Mindfulness-Based Stress Reduction" program, conducted by the University of Massachusetts Center for Mindfulness. Participants spent an average of 27 minutes in meditation during the program. The program was delivered through recorded audios and guided meditations.
Compared to measurements on MR scans of a control group who did not participate in the program, the participants' brains showed an increase in gray-matter density in the hippocampus. The hippocampus is the region of the brain associated with learning, introspection, memory and awareness.There also was a decrease in gray-matter density in the amygdala, the region associated with anxiety and stress. However, the Insula, a region of the brain thought to be associated with self-awareness according to earlier research, remained unchanged, and the researchers hypothesize that participants may have to meditate for longer periods of time before any change is noticed in this region.
It has been noted that meditation can reduce stress but according to Britta Hölzel, one of the authors, “Other studies in different patient populations have shown that meditation can make significant improvements in a variety of symptoms, and we are now investigating the underlying mechanisms in the brain that facilitate this change.”


The researchers believe that these findings of physiological change can pave the wave for a better understanding and treatment of stress-related disorders. The study was supported by the BBC, National Institutes of Health and the Mind and Life Institute.
Labels: alter brain meditation physically