Thanks to researchers at the University of California, San Francisco, the Icahn School of Medicine at Mount Sinai, and Harvard Medical School, you now have a scientific reason for taking a resort vacation. 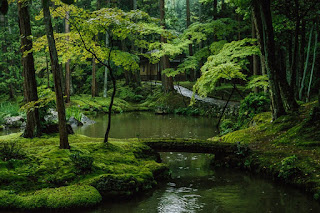 In what sounds like the best study ever, 64 women (aged 30-60) were sent to a serene resort in Carlsbad, California for six days. The participants were randomized; half were instructed to take part in a meditation training program run by the Chopra Center for Well Being (Deepak Chopra was not involved in data collection or analysis), and the other half were "simply on vacation." An additional 30 women who were experienced meditators and were already enrolled in Chopra's program that week were also studied.
Researchers then took blood samples and survey answers both immediately before and after the resort stay from all 94 participants in an effort to compare the "vacation effect" with the "meditation effect." (They also conducted more surveys one month later and ten months later.)
Here's where it gets very scientific. Those conducting the study observed the changes in 20,000 genes (whew) before and after the experiment to understand how much of an effect getting away from work and stress really does have on a woman.

Predictably, the answer is quite a lot! Turns out vacationing and meditating are hugely beneficial, not just mentally, but physically as well. All three of the studied groups of women were significantly affected, particularly when it came to stress response and immune functioning, as Science Bulletin reports.
Even a month later, all groups self-reported improvements in stress management. Additionally, the "novice meditators" were able to stave off depression and stress for much longer than participants who were just vacationing.
Researchers say that the findings may prove that benefits received from meditation aren't just in our heads, but rather provide a "quantifiable change in how our bodies function," and could potentially point to "healthier aging."
"It's intuitive that taking a vacation reduces biological processes related to stress," says Elissa S. Epel, PhD, Professor of Psychiatry at University of California, San Francisco, "but it was still impressive to see the large changes in gene expression from being away from the busy pace of life, in a relaxing environment, in such a short period of time." 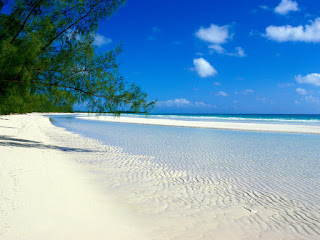 Epel adds that the findings will need to be replicated again to be sure the results are reliable, in which case we hope the scientists will invite us to come with them on vacation next time.
Labels: meditation quantifiable change research well-being