Researchers at the Center for Investigating Healthy Minds at the Waisman Center of the University of Wisconsin-Madison examined whether training adults in compassion can result in greater altruistic behavior and related changes in neural systems underlying compassion.
In the study, the investigators trained young adults to engage in compassion meditation, an ancient Buddhist technique to increase caring feelings for people who are suffering.
In the meditation, participants envisioned a time when someone has suffered and then practiced wishing that his or her suffering was relieved. 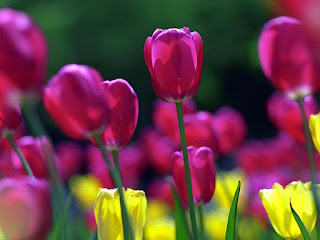 Participants practiced with different categories of people, first starting with a loved one, someone whom they easily felt compassion for, like a friend or family member. Then, they practiced compassion for themselves and a stranger.
Finally, they practiced compassion for someone they actively had conflict with called the “difficult person”, such as a troublesome coworker or roommate.
“It’s kind of like weight training. Using this systematic approach, we found that people can actually build up their compassion ‘muscle’ and respond to others’ suffering with care and a desire to help,” said Helen Weng, lead author of the study and a graduate student in clinical psychology.
Compassion training was compared to a control group that learned cognitive reappraisal, a technique where people learn to reframe their thoughts to feel less negative.
“We wanted to investigate whether people could begin to change their emotional habits in a relatively short period of time,” said Weng.
The real test of whether compassion could be trained was to see if people would be willing to be more altruistic – even helping people they had never met.
“We found that people trained in compassion were more likely to spend their own money altruistically to help someone who was treated unfairly than those who were trained in cognitive reappraisal,” Weng said.
The study measured changes in brain responses using functional magnetic resonance imaging (fMRI) before and after training.
The researchers found that the people who were the most altruistic after compassion training were the ones who showed the most brain changes when viewing human suffering.
They found that activity was increased in the inferior parietal cortex, a region involved in empathy and understanding others.
Compassion training also increased activity in the dorsolateral prefrontal cortex and the extent to which it communicated with the nucleus accumbens, brain regions involved in emotion regulation and positive emotions.