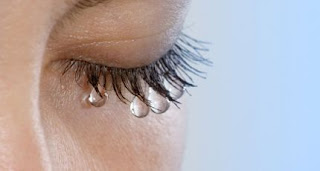 Whether you're a college student in the middle of a major slump, a new mom who can't pinpoint why she's feeling so glum, or a retiree grieving over the loss of a loved one, that question isn't an easy one to answer.
But there's one thing for sure: "It is much more than just a sad mood," said Angelos Halaris, MD, a professor of psychiatry and medical director of adult psychiatry at the Loyola University Medical Center in Chicago. Symptoms may include everything from hopelessness and fatigue to physical pain. And just as symptoms vary from person to person, so do the actual diagnoses. The word depression is actually just an umbrella term for a number of different forms, from major depression to atypical depression to dysthymia.
The most common form of depression? Major depression. In fact, about 7 percent of the adult U.S. population has this debilitating mental health condition at any given time, according to the National Institute of Mental Health (NIMH).
If you're experiencing major depression, you may feel and see symptoms of extreme sadness, hopelessness, lack of energy, irritability, trouble concentrating, changes in sleep or eating habits, feelings of guilt, physical pain, and thoughts of death or suicide — and for an official diagnosis, your symptoms must last for more than two weeks. In some instances, a person might only experience one episode of major depression, but the condition tends to recur throughout a person's life.
The best treatment is usually with antidepressant medications, explained Dr. Halaris, but talk therapy may also be used to treat depression. And there's good news: An estimated 80 to 90 percent of people with major depression respond well to treatment.
About 2 percent of the American population has a form of depression that's less severe than major depression, but is still very real — dysthymia.
Dysthymia is a type of depression that causes a low mood over a long period of time — perhaps for a year or more, explained Halaris. "People can function adequately, but not optimally." Symptoms include sadness, trouble concentrating, fatigue, and changes in sleep habits and appetite.
This depression usually responds better to talk therapy than to medications, though some studies suggest that combining medication with talk therapy may lead to the greatest improvement. People with dysthymia may also be at risk for episodes of major depression.
A whopping 85 percent of new moms feel some sadness after their baby is born — but for up to 16 percent of women, that sadness is serious enough to be diagnosable.
Postpartum depression is characterized by feelings of extreme sadness, fatigue, loneliness, hopelessness, suicidal thoughts, fears about hurting the baby, and feelings of disconnect from the child. It can occur anywhere from weeks to months after childbirth, and Halaris explained it most always develops within a year after a woman has given birth.
"It needs prompt and experienced medical care," he said — and that may include a combination of talk and drug therapy.
Would you prefer to hibernate during the winter than face those cold, dreary days? Do you tend to gain weight, feel blue, and withdraw socially during the season?
You could be one of 4 to 6 percent of people in the United States estimated to have seasonal affective disorder, or SAD. Though many people find themselves in winter funks, SAD is characterized by symptoms of anxiety, increased irritability, daytime fatigue, and weight gain. This form of depression typically occurs in winter climates, likely due to the lessening of natural sunlight. "We don't really know why some people are more sensitive to this reduction in light," said Halaris. "But symptoms are usually mild, though they can be severe."
This depression usually starts in early winter and lifts in the spring, and it can be treated with light therapy or artificial light treatment.
Despite its name, atypical depression is not unusual. In fact, it may be one of the most common types of depression — and some doctors even believe it is underdiagnosed. 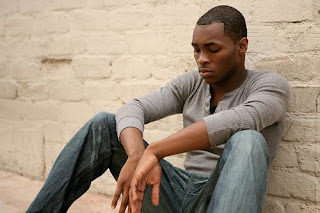 "This type of depression is less well understood than major depression," explained Halaris. Unlike major depression, a common sign of atypical depression is a sense of heaviness in the arms and legs — like a form of paralysis. However, a study published in the Archives of General Psychiatry (now known as JAMA Psychiatry) found that oversleeping and overeating are the two most important symptoms for diagnosing atypical depression. People with the condition may also gain weight, be irritable, and have relationship problems.
Some studies show that talk therapy works well to treat this kind of depression.
Psychosis — a mental state characterized by false beliefs, known as delusions, or false sights or sounds, known as hallucinations — doesn't typically get associated with depression. But according to the National Alliance on Mental Illness, about 20 percent of people with depression have episodes so severe that they see or hear things that are not really there.
"People with this psychotic depression may become catatonic, not speak, or not leave their bed," explained Halaris. Treatment may require a combination of antidepressant and antipsychotic medications. A review of 10 studies concluded that it may be best to start with an antidepressant drug alone and then add an antipsychotic drug if needed. Another review, however, found the combination of medications was more effective than either drug alone in treating psychotic depression.
If your periods of extreme lows are followed by periods of extreme highs, you could have bipolar disorder (sometimes called manic depressive disorder because symptoms can alternate between mania and depression).
Symptoms of mania include high energy, excitement, racing thoughts, and poor judgment. "Symptoms may cycle between depression and mania a few times per year or much more rapidly," Halaris said. "This disorder affects about 2 to 3 percent of the population and has one of the highest risks for suicide." Bipolar disorder has four basic subtypes: bipolar I (characterized by at least one manic episode); bipolar II (characterized by hypomanic episodes — which are milder — along with depression); cyclothymic disorder; and other specified bipolar and related disorder.
People with bipolar disorder are typically treated with drugs called mood stabilizers.
Premenstrual dysphoric disorder, or PMDD, is a type of depression that affects women during the second half of their menstrual cycles. Symptoms include depression, anxiety, and mood swings. Unlike premenstrual syndrome (PMS), which affects up to 85 percent of women and has milder symptoms, PMDD affects about 5 percent of women and is much more severe.
"PMDD can be severe enough to affect a woman's relationships and her ability to function normally when symptoms are active," said Halaris. Treatment may include a combination of depression drugs as well as talk and nutrition therapies.
Also called adjustment disorder, situational depression is triggered by a stressful or life-changing event, such as job loss, the death of a loved one, trauma — even a bad breakup.
Situational depression is about three times more common than major depression, and medications are rarely needed — that's because it tends to clear up over time once the event has ended. However, that doesn't mean it should be ignored: Symptoms of situational depression may include excessive sadness, worry, or nervousness, and if they don't go away, they may become warning signs of major depression.
Labels: depression