Meditation’s Effects Pinpointed in the Brain

During yoga pranayama exercises, people practice controlling the breath, or prana, to induce a state of calm and focus. Paying attention to breathing and slowing down respiration constitute a core component of many mindfulness practices. Research suggests the practice has multiple benefits—it induces an overall sense of well-being while reducing anxiety and improving sleep. 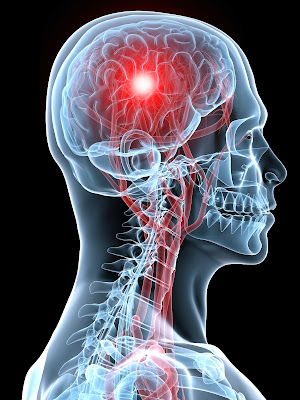 But what exactly is going on in the brain during meditation? Imaging studies of humans have shown that brain regions involved in mind wandering, attention and emotion play a part in various stages of mindfulness practice. A new mouse study, published recently in Science, shows that neurons in the brain stem may also mediate the link between breathing and inducing a state of meditative calm.

The basis for the new study dates back to 1991, when a group of neuroscientists at the University of California, Los Angeles, discovered the pre-Bötzinger complex, an area containing neurons that fired rhythmically in time with each breath. “Quite different from the cardiac pacemaker, the breathing pacemaker has a whole variety of different rhythms—for example, a yawn or a sigh or a gasp,” says study co-author Mark Krasnow, a biochemistry professor at Stanford University. Rather than simply providing air to your lungs, these types of breaths are also associated with social and emotional signals.

Recent evidence suggests that the pre-Bötzinger complex can control different breathing behaviors. In a study published last year in Nature, Krasnow and his colleagues reported on a subset of neurons within this brain region that is solely responsible for generating sighs. When the researchers stimulated these neurons in mice, they sighed continuously. But when the team removed those nerve cells, the animals kept breathing, never sighing. Now the team has uncovered a separate group of neurons in this area that appear to have another specific function: regulating states of calm and arousal.

Krasnow’s team genetically engineered mice to remove a specific subset of neurons that contains two genes: cadherin 9 (Cdh9), a gene that is expressed in the pre-Bötzinger complex, and developing brain homeobox protein 1 (Dbx1), which prior studies had demonstrated are necessary for respiration—without it, mice do not breathe.

When the team removed these Cdh9/Dbx1 neurons from mice, the animals still breathed normally with one slight difference: breaths came more slowly than in normal mice. The rodents were also unusually calm—they spent less time exploring their surroundings and more time sitting still. “We were totally surprised,” says study co-author Kevin Yackle, a professor at the University of California, San Francisco, who conducted the study while he was a postdoc at Stanford. “It certainly wasn’t something we expected to find.”

The researchers also discovered these neurons form connections with the locus coeruleus, another area in the brain stem involved in modulating arousal and emotion. “[One] thing that’s interesting about this, and surprising, is that this small group of neurons is not involved in producing the inspiratory rhythm per se,” says Jeffrey Smith, a neuroscientist at the National Institute of Neurological Disorders and Stroke, who was not involved in the study. Smith, along with one of the recent Science study’s co-authors, neurobiologist Jack Feldman of U.C.L.A., discovered the pre-Bötzinger complex. “It’s now becoming apparent that there’s a lot of structural and functional complexity to the pre-Bötzinger complex itself that we hadn’t really anticipated.”

Evidence from human research also suggests that meditation and respiration are closely connected. In another study, for example, Antoine Lutz, a scientist who researches the neurobiology of meditation at the French National Institute of Health and Medical Research, and his colleagues at the University of Wisconsin–Madison discovered that long-term meditators develop slower breathing patterns than those who did not practice on a regular basis. The slower breathing in long-term practitioners may “activate this ascending pathway less,” says Lutz, who was not involved in the Science study. “Maybe it’s a signature of a different level of stress.”

According to Lutz, the findings from the Science paper raise the possibility that “any form of practice—from yoga pranayama to meditation—that is actively manipulating respiration might be using this pathway to regulate some aspects of arousal.” He points out, however, that this pathway may not be as relevant for forms of meditation that do not involve directly controlling respiration. For example, in some types of mindfulness training, individuals simply observe their breath rather than control it.

“Breathing is about staying alive on one level, but it’s also connected to emotional life,” says Christopher Del Negro, a neurophysiologist at the College of William & Mary, who was not involved in the work. The studies showing that different neural populations in the pre-Bötzinger complex can also control sighing and regulate arousal “begin to break that next level of not just talking about breathing for physiology but breathing for emotional well-being,” he adds.

Understanding how the brain controls breathing could also help develop new therapeutic targets to treat conditions such as anxiety, panic disorders and arousal-related sleep disorders. “[Cardiologists] have ways of pharmacologically controlling the heart rhythm,” Yackle says. “But a similar type of pharmacological approach for breathing doesn’t exist, and I think it could be important in multiple fields of medicine.”

Before that happens, however, neuroscientists will first need to uncover how this brain region works in people. Researchers have found a pre-Bötzinger complex in humans, but its anatomy and physiology are much less understood. For now Krasnow, Yackle and their colleagues plan to investigate the other populations of neurons in the breathing pacemaker of rodents to see what other functions they might find. The present study, though, holds promise of eventually furnishing at least a partial window on the physical underpinnings of an ancient practice.
at April 15, 2019
Email ThisBlogThis!Share to TwitterShare to FacebookShare to Pinterest
Labels: brain, meditation, research

How does COVID-19 affect the heart? 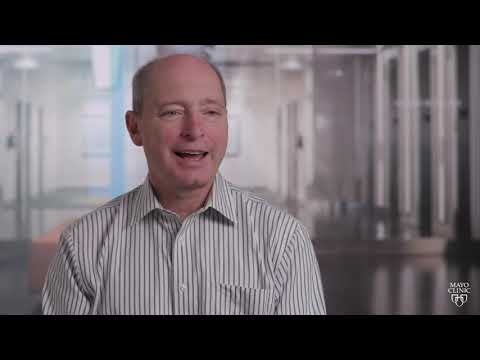