DESPITE the best intentions for the new year, the reality is that by next month, gym memberships will lapse, chocolate will replace carrots and Candy Crush will edge out Moby Dick.
It’s not (only) that we’re undisciplined slugs. It’s that much of what we know — or think we know — about habits is wrong. Here’s a primer that might help keep you off the couch and on the treadmill.

MYTH 1 We fail to change our habits — or start good new ones — because we lack willpower.
Not really, said Wendy Wood, a professor of psychology and business at the University of Southern California. Willpower, she said, is more about looking at those yummy chocolate chip cookies and refusing them. A good habit ensures you’re rarely around those chocolate chip cookies in the first place.
To create or change a habit, you have to think much more about altering your environment and patterns of living than work on steeling your mind, Professor Wood said, because “behavior is very much a product of environment.”
Habits — at least good ones — exist so we don’t have to resist temptation all the time. Imagine if every morning you had a debate with yourself about eating cake or cereal for breakfast. Instead, most of us form the habit of eating something relatively healthy for breakfast, which bypasses the lure of the cake altogether.
That’s why it’s sometimes easiest to start or break a habit during a major transition. This may sound counterintuitive, but a new house, job or relationship breaks old patterns, said Gretchen Rubin, author of the forthcoming book, “Better Than Before: Mastering the Habits of Our Everyday Lives.”
“People say wait a few days to get settled, but don’t,” she said. “Start right away."
MYTH 2 We fall back on bad habits when stressed. In fact, good habits persist even in times of high anxiety, Professor Wood said. A study of which Professor Wood was one of the co-authors found that students who already had unhealthy diets would eat junk food when stressed, but those who already had the habit of eating well — or of reading a newspaper or of going to the gym — were just as likely to do that.
MYTH 3 It takes about 21 days to break or make a habit.
That number seems to have cropped up in the 1960s and somehow became “fact” with no real proof. But in 2009, researchers in Britain decided to take a deeper look by studying how long it took participants to learn new habits, such as eating fruit daily or going jogging. The average was 66 days.
But individuals’ times varied greatly, from 18 days to 245 days, depending on temperament and, of course, the task involved. It will most likely take far less time to get into the habit of eating an apple every afternoon than of practicing the piano for an hour a day.
MYTH 4 You need positive thinking to break or make a habit.
“We find positive fantasy is not helpful and may even be hurtful when trying to reach a desired future or fulfill a wish,” said Gabriele Oettingen, a professor of psychology at New York University and the University of Hamburg. 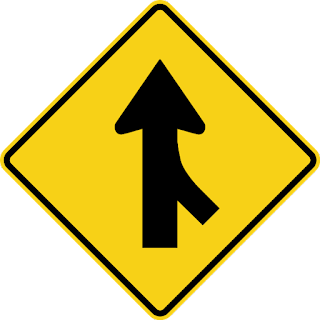 Over years of research, she discovered that people need to pair optimistic daydreams about the future with identifying and imagining the obstacles that prevent them from reaching that goal — something she calls mental contrasting.
Say you want to stop being a procrastinator. The first step is easy. Imagine how it will feel if your work is completed with plenty of time to spare, if you can sleep instead of pulling an all-nighter, said Professor Oettingen, author of “Rethinking Positive Thinking.”
But don’t just resolve to stop procrastinating. The second step is to identify what holds you back from changing yourself. Is it fear that you won’t succeed? Is it the adrenaline rush of frantically working at the last minute? Is it because of negative feelings toward a boss or teacher?
The mental contrasting needs to be in the right order. It’s important to “experience our dreams, then switch gears and mentally face reality,” Professor Oettingen said.
Doing it the opposite way — imagining the obstacles and then fantasizing about changing habits — doesn’t seem to work as well, research shows.
MYTH 5 Doing things by rote, or habit, isn’t good in most cases. It’s better to be mindful of everything we do.
Research shows that most people repeat about 40 percent of their activities almost every day.
“We only have so much room in our brain,” said Ian Newby-Clark, an associate professor of psychology at the University of Guelph in Canada. “It would be incredibly taxing if we had to mindfully plan every step of our day.” Habits free us up so we can think about other things.
And while some habits are objectively bad — smoking, say, or being consistently late — most are subjective. “Habits are only good or bad to the extent they’re consistent or inconsistent with your goals,” Professor Wood of U.S.C. said. It’s a bad habit when “it starts interfering with other goals you have.”
For example, many people said their resolution this year was to cut down the time they spend online.
But why? Because it’s an inherently bad thing to do? Or is it an obstacle to spending more time reading books or riding a bike or learning to knit?
After thinking about it, you may choose to spend less time on your computer or phone. Or you might decide it’s not so terrible in limited doses and shed the habit of feeling guilty about it.
MYTH 6 Everything in moderation.
“There’s a real difference among people about how easily they adapt to habits,” Ms. Rubin said. Some see habits as liberating; some see them as a trap. Some prefer to make a huge change all at once; others proceed step by step.
“I’m in the small minority that loves habits,” Ms. Rubin said, adding that she tends to find it easier to abstain from certain things altogether. For example, she eats no carbohydrates.
“People said I was doomed to failure, but it’s not true,” she said. But, she noted, “it’s a mistake to think the abstainer is more disciplined. For me it’s easier to be an abstainer than have to deliberate each time whether I can eat something or not. Others would go nuts if they abstain.”
That’s why you shouldn’t listen to people who tell you you’re doing it wrong if it works for you, she said.
Also, people shouldn’t fear that their habit will dissolve if they don’t practice it daily.
“If you lapse once or twice, you’re not ruined,” Professor Wood said. “That’s a misconception.”
And that leads to ...
MYTH 7 Shame and guilt keep you on track.
No. People need to be kinder to themselves, showing self-compassion if they lapse, Ms. Rubin said. But it’s a fine balance between treating yourself kindly and making endless rationalizations and excuses.
“I might mindfully make an exception,” she said, such as choosing to eat a traditional Christmas cake every year. “But I’m not making excuses in the moment: I’ll hurt the hostesses’ feelings. You only live once. It’s the holidays.”
One last piece of advice: If you want to be in better shape, get a dog. Professor Wood said studies show dog owners have lower body mass indexes. But here’s the catch: That’s only true if you walk the animal.
Labels: habits research