There’s a lot of debate about which form of therapy is the most psychologically effective, the most cost-effective, the quickest working and the longest lasting. They all have their benefits and drawbacks, depending on the individual and the kind of mental health problem he or she is dealing with. A new study reports that an eight-week course of group mindfulness training has a similar efficacy to usual care—in the this case, cognitive behavior therapy (CBT), which in recent years has been thought of as the gold standard in psychotherapy for a range of mental health issues. But a key point to keep in mind here is the study was done only over the course of eight weeks, so it’s not totally clear—from this study, at least—whether the results would last over the long-term. Luckily, others suggest that they very well may. 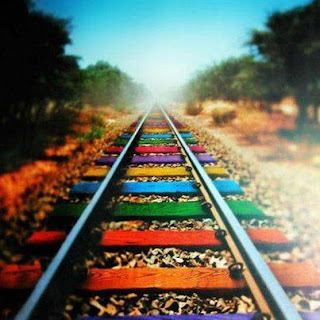 The researchers, who published their work in European Psychiatry, had 215 people who were diagnosed with depression, anxiety and/or stress and adjustment disorders come in to different treatment centers around Sweden. They were randomly assigned to a control group or mindfulness-based group therapy (MGT) for a period of eight weeks. In this particular study, MGT was based on both mindfulness-based stress reduction (MBSR), the program developed by Jon Kabat-Zinn at the University of Massachusetts’ Medical School, and mindfulness-based cognitive therapy (MBCT), which itself is a combination of mindfulness training and cognitive therapy. In the control group, participants received “usual care,” which typically included talk therapy (in most cases, CBT) and medication.
The participants filled out questionnaires before and after the intervention, which measured symptoms of depression, anxiety, stress and somatization (feeling symptoms in one’s body), obsessive-compulsive disorder, interpersonal sensitivity, aggression, phobic anxiety, paranoid thoughts and psychoticism.

At the end of the eight weeks, the participants’ symptoms had significantly decreased in both groups—in fact, there was no difference between the two groups, meaning the one treatment was as effective as the other.
"Our new research shows that mindfulness group therapy has the equivalent effect as individual CBT for a wide range of psychiatric symptoms that are common among this patient group," said study author Jan Sundquist in a statement. "We have shown in a previous study that mindfulness group therapy is just as effective as individual CBT for the treatment of typical depression and anxiety symptoms; something we also observed in the new study."
In fact, a number of earlier studies have found that mindfulness training can address a range of mental health issues, from depression to anxiety to intrusive thoughts. And even more studies have shown the efficacy of talk therapy—of many varieties—in treating mental health disorders, even significant ones, and reducing the risk of relapse. And both practices have been shown to help rewire the brain: A study last month, for instance, found that for people with schizophrenia, CBT was linked to fewer psychiatric symptoms down the road, but also to changes in brain connectivity that are themselves linked to better emotional control. Many studies on meditation have found that over time it can alter both the structure and the function of the brain.
The authors point out that one of the greatest benefits coming from the study is the cost issue: Individual treatment is expensive, so the fact that a group-based therapy was so effective is encouraging, especially since mental health care is often cost-prohibitive for many.

The current study has some shortcomings—for instance, not everyone in the control group received CBT, some had other forms of therapy. But all in the control group were considered to have received “usual care,” so the study does seem to suggest that mindfulness-based group therapy can rival usual care, whatever it may entail.
A bigger issue may be that the study only looked at treatment over the short term—it doesn’t suggest how either treatment would last over the long term, which is of course what really counts. That said, there's existing evidence that both mindfulness-based therapies and CBT are very effective over the long term, even though we can’t assume it from the current study. More research will be needed to figure out what kind of “dosing” would be required over time to maintain remission. In the meantime, the research on mindfulness- and meditation-based therapies is pretty convincing, and suggests that there are certainly effective alternatives to the old standards—and even to the gold standard.