Creativity can be enhanced by experiencing cultures different from one’s own, according to a study in Personality and Social Psychology Bulletin (published by SAGE).

Three studies looked at students who had lived abroad and those who hadn’t, testing them on different aspects of creativity. Relative to a control group, which hadn’t experienced a different culture, participants in the different culture group provided more evidence of creativity in various standard tests of the trait. Those results suggest that multicultural learning is a critical component of the adaptation process, acting as a creativity catalyst.
The researchers believe that the key to the enhanced creativity was related to the students’ open-minded approach in adapting to the new culture. In a global world, where more people are able to acquire multicultural experiences than ever before, this research indicates that living abroad can be even more beneficial than previously thought. 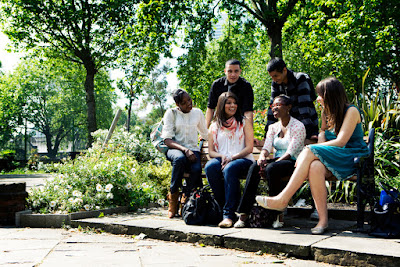 “Given the literature on structural changes in the brain that occur during intensive learning experiences, it would be worthwhile to explore whether neurological changes occur within the creative process during intensive foreign culture experiences,” write the authors, William W. Maddux, Hajo Adam, and Adam D. Galinsky. “That can help paint a more nuanced picture of how foreign culture experiences may not only enhance creativity but also, perhaps literally, as well as figuratively, broaden the mind.

The article “When in Rome… Learn Why the Romans Do What They Do: How Multicultural Learning Experiences Facilitate Creativity” in the June 2010 issue of Personality and Social Psychology Bulletin.
Labels: lifestyle research wellness