The Science of Meditation

Meditation has surged in popularity in recent years, from a fringe interest to a mainstream trend championed by therapists, scientists, and celebrities. As part of this shift, misconceptions and dismissals have given way to the emerging recognition of meditation as a science. There are, however, those who would challenge this view. As both a scientist and a meditator, I feel a duty to respond. 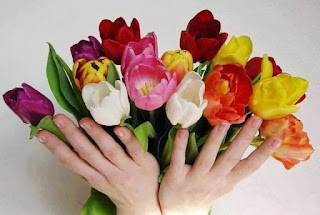 In doing so, I must first acknowledge the huge number of activities commonly referred to as meditation. Many of those activities are not in any sense scientific. However, I will argue that some meditation practices, including the method I describe in The Mind Illuminated and other practices within the Buddhist tradition, do qualify as science. I will confine my discussion to those practices.

We can define science as the systematic study of the natural world through observation and experiment, yielding an organized body of knowledge on a particular subject. The human mind is undeniably a suitable subject for scientific study, and one purpose of meditation is careful observation of one’s own mind. This observation reveals consistent patterns that meditators share with one another and with teachers who direct their practice. Master meditators weigh these observations against their own experience and knowledge passed down from previous generations of meditation masters, thereby generating models of the mind. Over thousands of years, meditators have tested, refined, and reworked their models of the mind based on new insights as later generations developed new meditative techniques. Thus, over time, an organized body of knowledge has accumulated describing the nature and behavior of the mind at a very fine level of resolution. This is one sense in which certain forms of meditation qualify as science.

However, meditation is not simply passive observation, nor could it be, since the very act of observation is itself an activity of mind. Rather the meditator intentionally employs attention, awareness, and other mental faculties in a variety of ways to better understand the functional behavior of the mind. (The effect of observation on the thing observed is not different than what occurs in quantum physics.) Precisely how these mental faculties are used in the investigation of the mind is subject to modification that can increase or decrease the efficacy of this endeavor. Thus meditation is also technology.

In the history of meditation practices that qualify as scientific, meditation masters have used models of the mind generated by meditation to modify meditation techniques for increased efficacy. Such modifications can be viewed as hypotheses, and their implementation as experiments. When these modifications are subsequently preserved because they are effective, the experimental results have passed the tests of replicability and falsifiability required by the scientific method. The picture of meditation as science is complete. The hypotheses generated in response to observation and analysis have been tested, validated, and incorporated into the expanding body of knowledge. Such meditation practices are justifiably described as an evolving science, and the laboratory in which this science is carried out is the mind.

Some would argue that the results must be objective in a sense that precludes any element of subjectivity. This requirement is ultimately indefensible and would exclude much of the important work being done today in psychology and social sciences. On the other hand, we are increasingly able to verify brain changes in subject populations employing particular meditation techniques. Thus there is an emerging ability of third-person science to corroborate the models created through the first-person mind science of meditation.
When discussing meditation as a science and technology, it’s important to acknowledge the ultimate goal is a profound cognitive shift to a more accurate perception of one’s self and one’s relationship to the world. This cognitive shift, is traditionally known as “liberation,” “enlightenment,” or “awakening” (the latter being my preferred term), which in turn, produces a dramatic and persistent increase in well-being. Therefore, both knowledge acquisition and its consequence also serve as outcome measures by which to evaluate efficacy.

We are fortunate to live in a time when the investigation of the mind through meditative science comes face-to-face with the investigation of the brain through material science. The conjunction of these different but complementary approaches provides us with an incredible opportunity. What is the mind other than the brain as experienced from the inside? And what is the brain other than the mind experienced from the outside? We have succeeded in identifying the neural correlates of many behavioral and experiential phenomena and can expect the rapid acceleration of this process. (NB: this is not a description reflecting materialistic reductionism but is equally compatible with philosophical positions of idealistic reductionism and non-dualism!)

The knowledge of the mind that meditation provides can be of enormous value in guiding the future research of neuroscientists. On the other hand, this continued unfolding of our knowledge of the physical brain can allow us to understand more clearly the most amazing and powerful experiences of adept meditators, including awakening. This cognitive transformation, characterized by wisdom, compassion, and freedom from most forms of suffering, might ultimately become available to millions, completely transforming human society and helping us solve the enormous threats our species and our planet now face.
Labels: meditation science wellness